Posted on January 5, 2019 by davidsprott 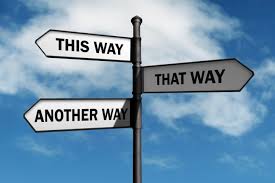 I cannot reveal the source of this draft document. However, it seems to be an interesting approach that could just break the current Parliamentary logjam.

. . . . Today’s vote is an important step in the Brexit process. I acknowledge the extensive debate and deep thought that has been given to the agreement concluded with the EU and is now presented to the House for approval. I also acknowledge the deeply held opinions that members of all parties hold and have expressed. I would however, ask every member today to very carefully reconsider their position, however strongly held, in the light of the light of our overall objectives and critically the withdrawal process.

I also acknowledge the concern over the delay in this vote, however the situation clearly required some time to explore the position of the EU as well as a little time for reflection in view of the magnitude of this decision.

I know many members have been exploring alternative avenues and options. But it is clear to us all that Parliament needs to act extremely quickly to address the very real concerns of business, as well as to allow the legal processes to conclude here in this house as well as in the EU parliament. Furthermore, we are all acutely aware that our own and EU citizens here and around Europe are very worried about Parliaments ability to conclude this process. I hear many people are thoroughly bored with the process; others are dismayed by the inability of Parliament to sort this out.

I believe we in Parliament must take responsibility for resolving this question. And I propose that we do this today!

We will vote on the Withdrawal Agreement agreed with the EU. Many tell me this will not obtain a majority in the House. Yet I believe it is a credible deal that respects the narrowness of the 2016 referendum. It achieves a good level of separation between the UK and the EU while maintaining a sensible level of alignment between what are major partners on many levels, not just trade. It maintains the integrity of the Good Friday international agreement which has been a major objective from the outset. There are of course concerns; but most of these seem to be concerns regarding the transitional arrangements. And frankly we the UK need to demonstrate greater effectiveness in working major agreements in order to give our partners and ourselves and our citizens confidence that key agreements will be concluded in the agreed timescale so that backstops do not need to be activated.

Taking all of this into account I propose as follows. We vote on the Withdrawal Agreement. I expect this to pass. If for some reason it fails to reach a majority I will table a simple bill to rescind Article 50. I propose that we vote on this with minimum delay. The choice being presented to you today is simple — vote to leave the EU on the 19th March under the current Withdrawal Agreement including the orderly transition period, or we remain in the EU on the current terms. As a major trading nation we cannot allow our citizens and businesses and partners to undergo more uncertainty. We need to reach a level of certainty today.

I commend this course of action to the house . . .

Artist, writer, veteran IT professional
View all posts by davidsprott →
This entry was posted in Brexit, Politics and tagged Brexit Deadlock. Bookmark the permalink.